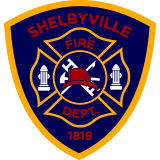 ARE RESPONDED TO EACH YEAR

The beginning of the Shelbyville Fire Department

In the early part of 1818, the subject of a fire engine was brought up by some of the progressive citizens of Shelbyville. A committee was appointed to correspond with parties in Cincinnati and Philadelphia to ascertain the cost. This was done, and when it was made known that $800.00 would purchase an engine, a petition was drawn up requesting the trustees to levy a tax for the purchase. More than 2/3 of the property owners in town signed the petition and the trustees granted the petition.

On March 30, 1819 a man by the name of Francis Jackson was authorized to go to Cincinnati and purchase the fire engine that there had been so much talk about. While Mr. Jackson was gone, grounds were set for the first fire department in Shelbyville. The “Relief Fire Company” of Shelbyville was formed. It was composed of all men in town over the age of 16. There was to be one captain, two lieutenants, eight directors, two engineers, sixteen handle men, twenty-four ladder men, ten hook-men, six ax-men, and six guards. Anyone not given a position was called an extra, and was subject to the orders of the captain who could work these men anywhere deemed necessary. The captain would have complete control of everything at fires, and training days. Training would be at least 6 times a year.

Mr. Jackson returned from Cincinnati without purchasing the fire engine. This was a great disappointment to a number of citizens in town. Mr. Jackson was given $22.00 for his expenses. The citizens of Shelbyville insisted that a fire engine be purchased without further delay. Will G. Luckett was sent to Philadelphia, and when he returned, he reported that an engine had been purchased. It was shipped to Pittsburgh, and from there to Louisville by river. Then it was transported to Shelbyville on wagons. Mr. Luckett had contracted to have the engine complete when it left the factory, except the wheels, which were made and put on after its arrival. The new horse drawn engine was state of the art. It had four handles and was operated by eight men. The engine was driven as close to a fire as possible. Every member of the department was to have a bucket of his own. Water was carried to the engine and poured in bucket at a time then pumped on the fire. An engine house was built to house the new pumper at a total cost of $83.00.

The Shelbyville Fire & Rescue Department responds from 3 stations with 20 full time, 10 part time, and 33 volunteer fire personnel.  The department protects the city limits of Shelbyville (approx. 10 sq. miles) and has an ISO class rating of 2

The full service department responds to over 1000 calls per year and has an inspection program that inspects all commercial and large apartment complexes twice a year.  The department also does hydrant testing with the water company, maintains a computer based mapping program, and has one of the most active fire prevention programs in the area.  The people in this department go above and beyond the normal call of duty on a daily basis to serve the citizens of Shelbyville and are the best around.

Feel free to come by any time and visit your fire department.